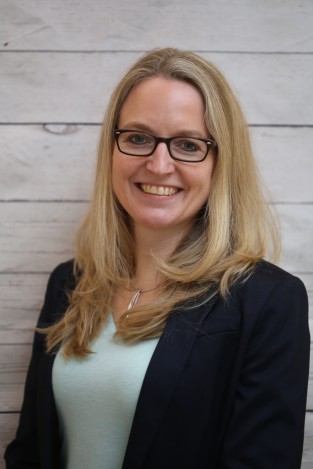 As of 1 December 2016, the European Representation of the German Social Insurance in Brussels, a joint establishment of the German statutory health, pension and accident insurance organisations, has a new Director. Ilka Wölfle, a renowned expert in European social policy, replaces the former Director, Dr Franz Terwey, who is retiring after 23 years of successful work in Brussels. Under his many years of leadership, Terwey, who is a scholar of law and politics, built up the European Representation and ensured its success. Prior to this, he was the Managing Director of the Thüringen State Office of the German Pension Insurance.

38-year-old lawyer Wölfle has had a successful career as an interest representative on the European stage for many years. Since 2007, she has worked in the Brussels office of the three German insurance organisations as the representative for the German statutory accident insurance and has been actively involved in numerous European legislative initiatives in the social and health sectors. Before that she worked in the Belgian capital for the Brussels office of the German Bar Association.

The European Representation of the German Social Insurance in Brussels recently launched its new website which provides information about the latest developments in the European Union which affect social security. On the www.dsv-europa.de website you can find current information as well as important joint position papers and statements on relevant European issues from the three German social insurance organisations. Interested parties can also subscribe to a newsletter. In addition, from 2017 there will be a regular special focus bulletin which takes a more in-depth look at current developments.

The basis for the creative work done on the new logo was the desire, firstly, to emphasise the joint approach of the various social insurance institutions and, secondly, to show their link with the social-state tradition and Europe. The new logo is one of the stars from the European flag, which is a well-known symbol for the European unification process. The "German Star" is decorated with a stylised eagle head and symbolises the strengths and unique characteristics of the German social insurance system, which the European Representation speaks for in Brussels.

"With these new communication tools, the European Representation of the German Social Insurance will be able to position itself even better than before as a competent point of contact for EU politicians on issues related to the German social insurance systems – namely statutory health, pension and accident insurance", stated outgoing Director, Dr Franz Terwey.